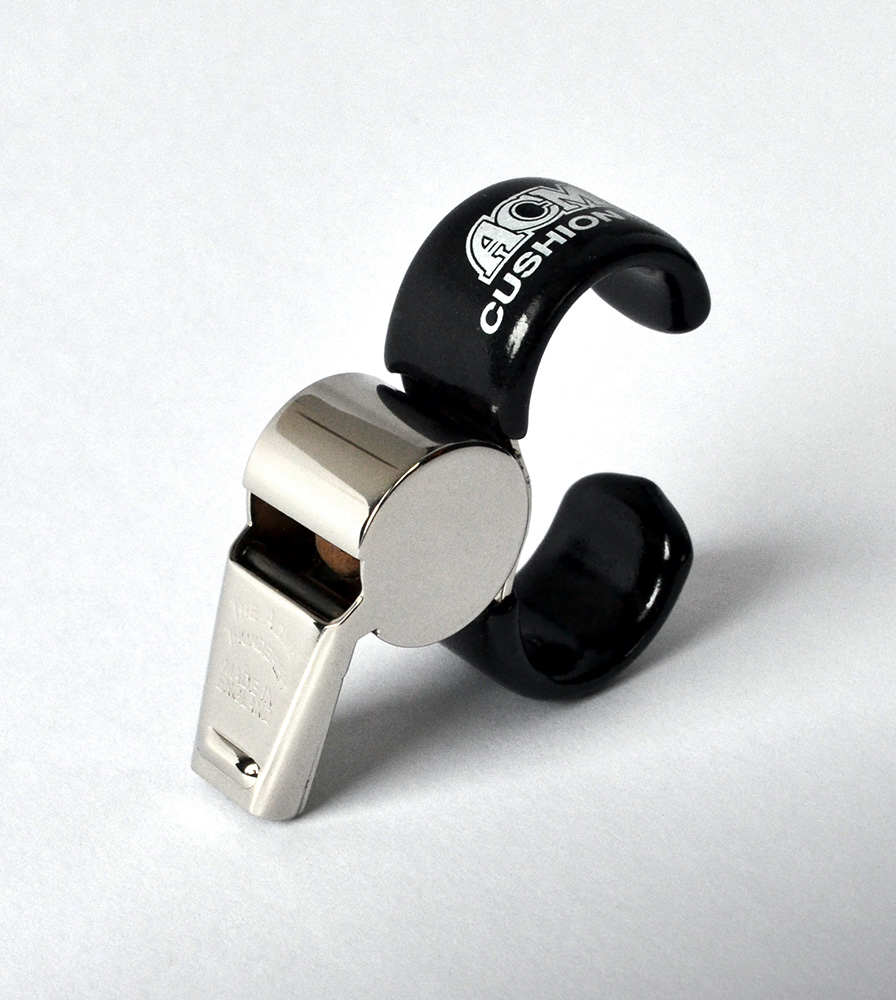 Acme Thunderer with Finger Grip (60.5)
Small whistle especially for swim coaches. Has been used by asthmatics.