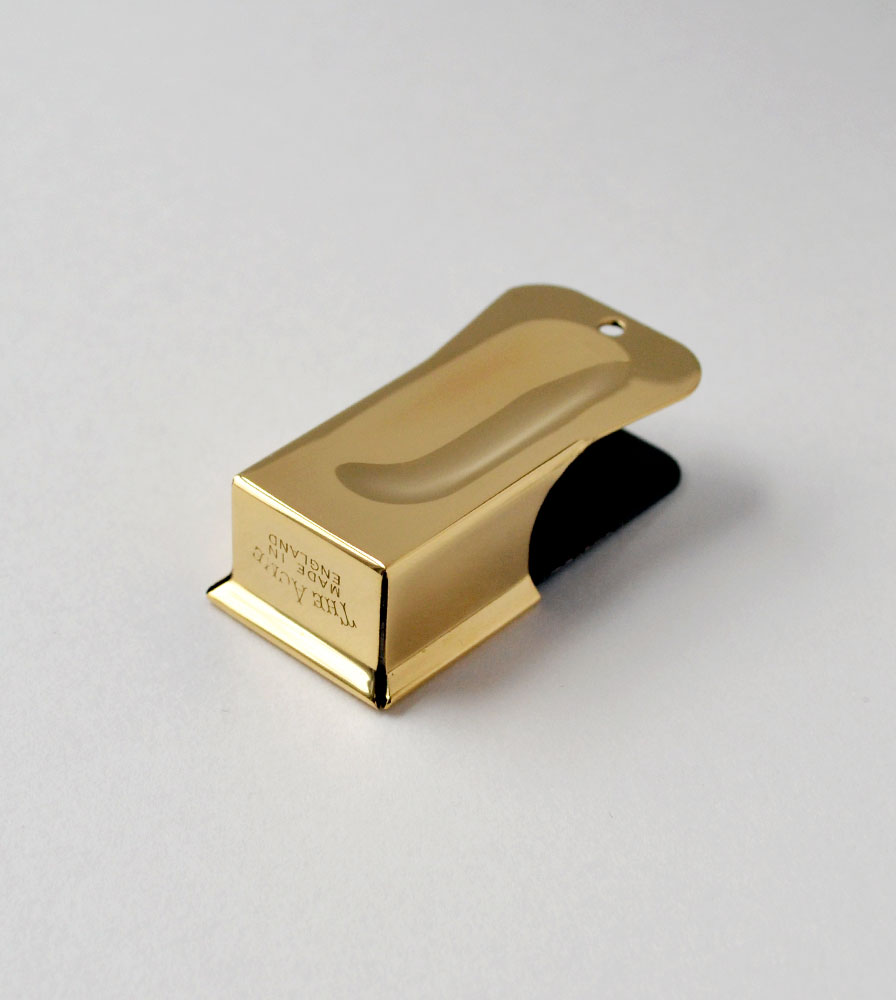 The original cricket noise maker was a childs toy made by ACME Whistle Company in England. But for D-Day, paratroopers were issued much more serious brass versions. With soldiers scattered willy-nilly behind enemy lines, the troops needed some type of stealth audio signal to identify each other in the dark of night.


Certificate says: GUARANTEE The Acme cricket is manufactured by J. Hudson & co. Ltd. Birmingham, England
The reproduction cricket has been made by the same company, in the same building, on the same machines, and using the same dies that made the original crickets supplied to the troops of the US 101st Airborne Division to jump into Normandy with on D-Day 6th June 1944.
signed by Simon Topman MD


Please note: The brass polished whistles naturally oxidize and might tarnish in time. Cleaning from time to time would be helpful.


A number of articles regarding the Clicker gadget that kept Allied troops safe - D Day Clicker for Paratroopers.

For reasons now lost in the mists of antiquity, whistles were Joseph Hudson's passion. Throughout the 1870s he made numerous types and designs. But it was in 1883, as he played his violin and mused upon the idea he had conceived for a police whistle that fate took its hand. The London Police were looking for an idea to replace the hand rattle, so cumbersome and heavy, and no-one had ever thought of using a whistle. As Joseph Hudson put down his violin, he dropped it. As his violin hit the floor it murmured a dying note as the bridge and strings broke. On hearing that curious sound, Joseph Hudson knew at once that he had discovered the perfect sound for his police whistle. It's slightly jarring, discordant trill was unique and would, he knew, be far-carrying. He was right! When tested by the Metropolitan Police in London, in 1883, the whistle was heard over a mile away and immediately adopted as the official whistle of the London Bobby. It can still be seen on duty in the streets of London, and occasionally even heard.