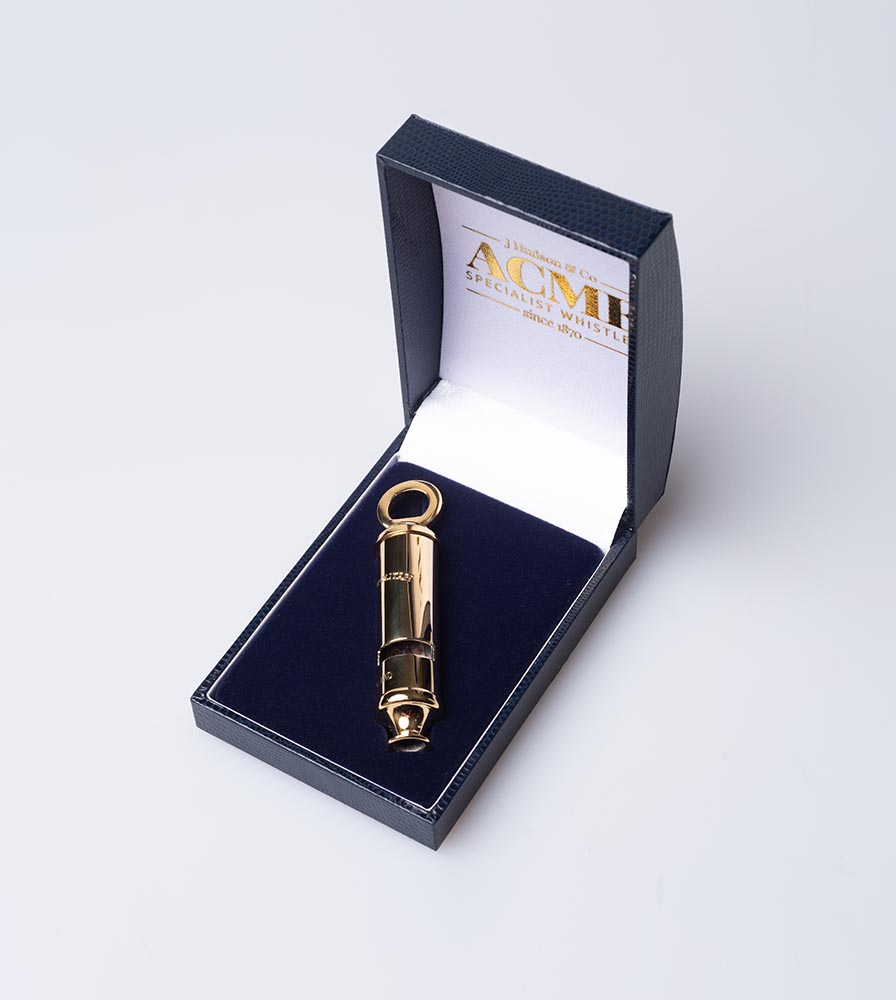 $29.14
Comes with certificate of authenticity
wa-15GP

The Classic Metropolitan (Bobbys) Whistle used by the Police Force in the United Kingdom. Gold-plated. High quality. Comes packaged in a handsome Acme dark blue box with a certificate of authenticity. Hang on your keychain or neck for security. A great gift to give. Dimensions: 3 1/4" long, 1/2" diameter.