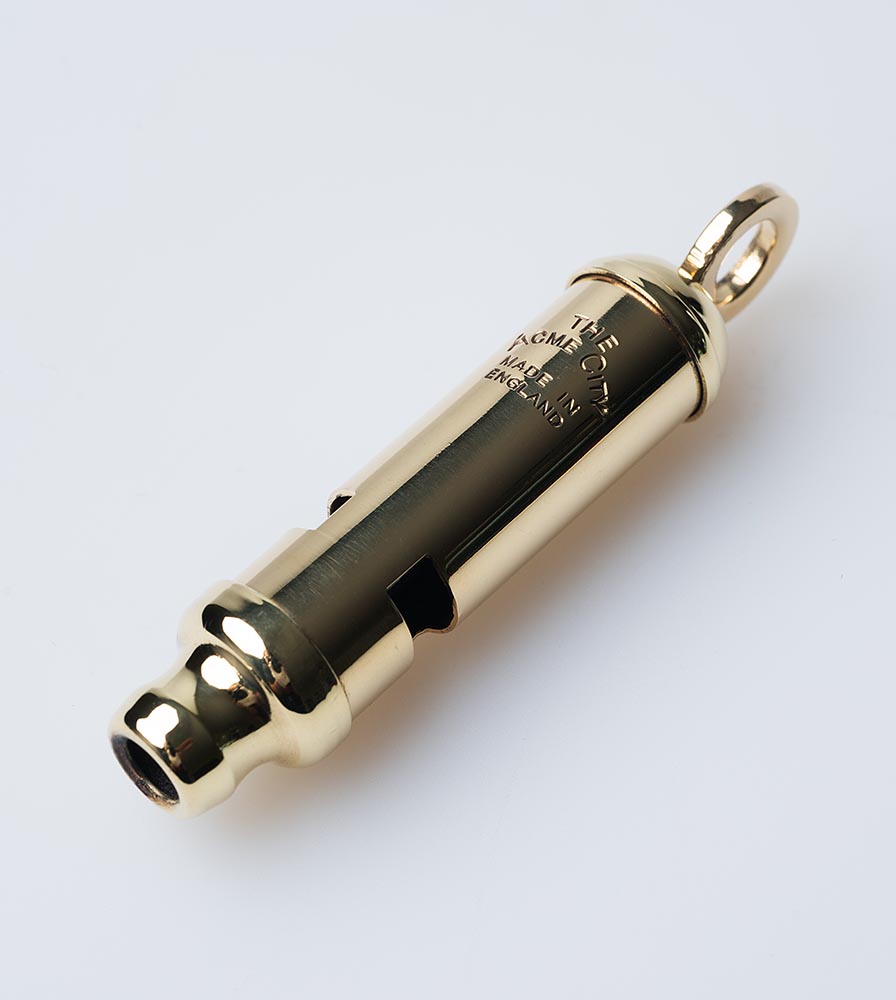 The Classic Ladies Metropolitan (Bobby's) Whistle/ City Whistle used by the Police Force in the United Kingdom. Nickel plated brass. High quality. Hang on your key chain or neck for security. Dimensions: 2- 9/16" Barrel diameter 1/2". Polished Brass (gold colored) (polished brass whistles naturally oxidize and might tarnish in time and might have black specks. Cleaning from time to time would be helpful).