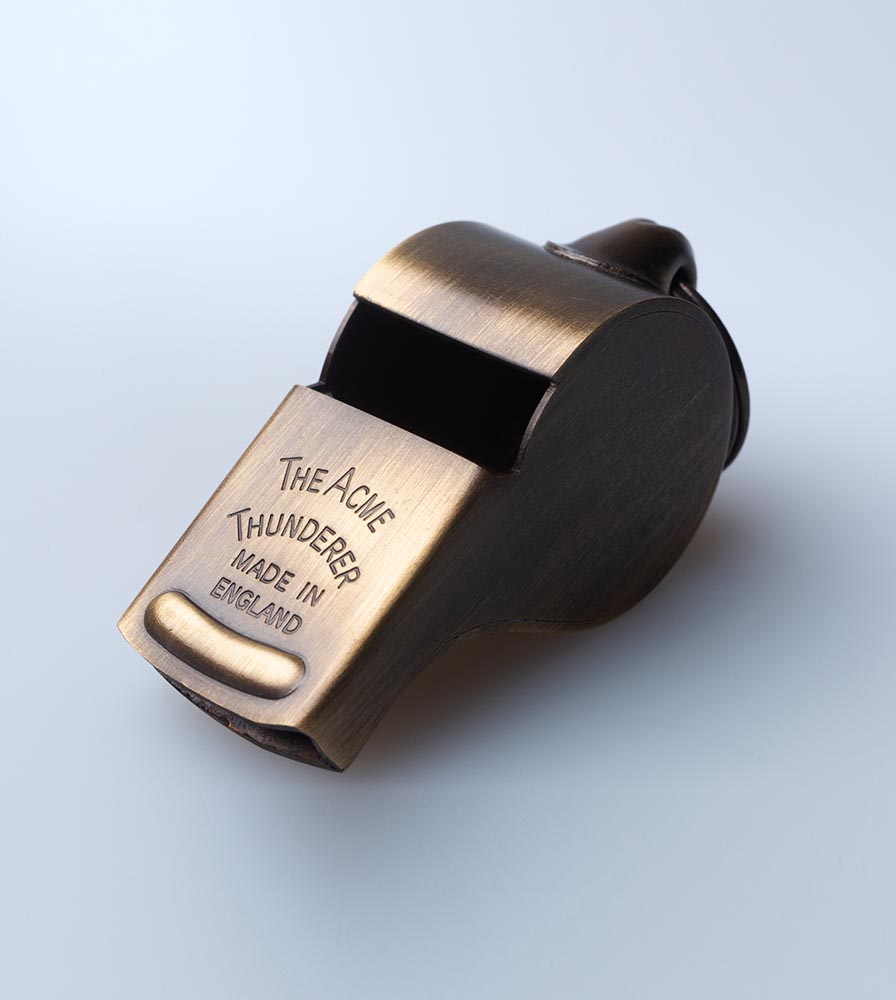 Acme Thunderer (Referee's) Whistle #58 large with square mouthpiece. This whistle is a large sized whistle with a deep tone.