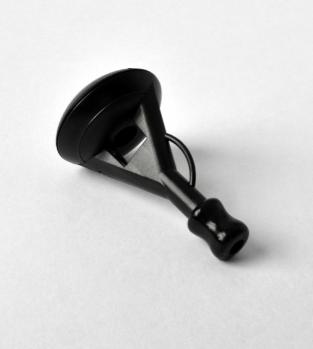 An amazingly versatile sound effect that will produce the following sounds:

How to make sound effects with the Acme Windmaster 263 whistle:
5 Sound Effects in One
1. Magpie Chatter - cup hand around bowl to muffle the sound and "spit blow" hard to create a chatter.

2. Jay Call - Make two or three long but sharp blows. It produces the hiss of the jay.

3. Steam Train Effect - Short, sharp, rhythmic blows. Start slowly then increase in speed to mimic the train pullin away from the station.

4. Steam Train Whistle - After train effects, put one finger into half the hole in the bowl. Long drawn out blow produces train whistle.

5. Wind Sound Effects - On long drawn out blow varying the breath pressure to sound like gusting wind whistling around a building.