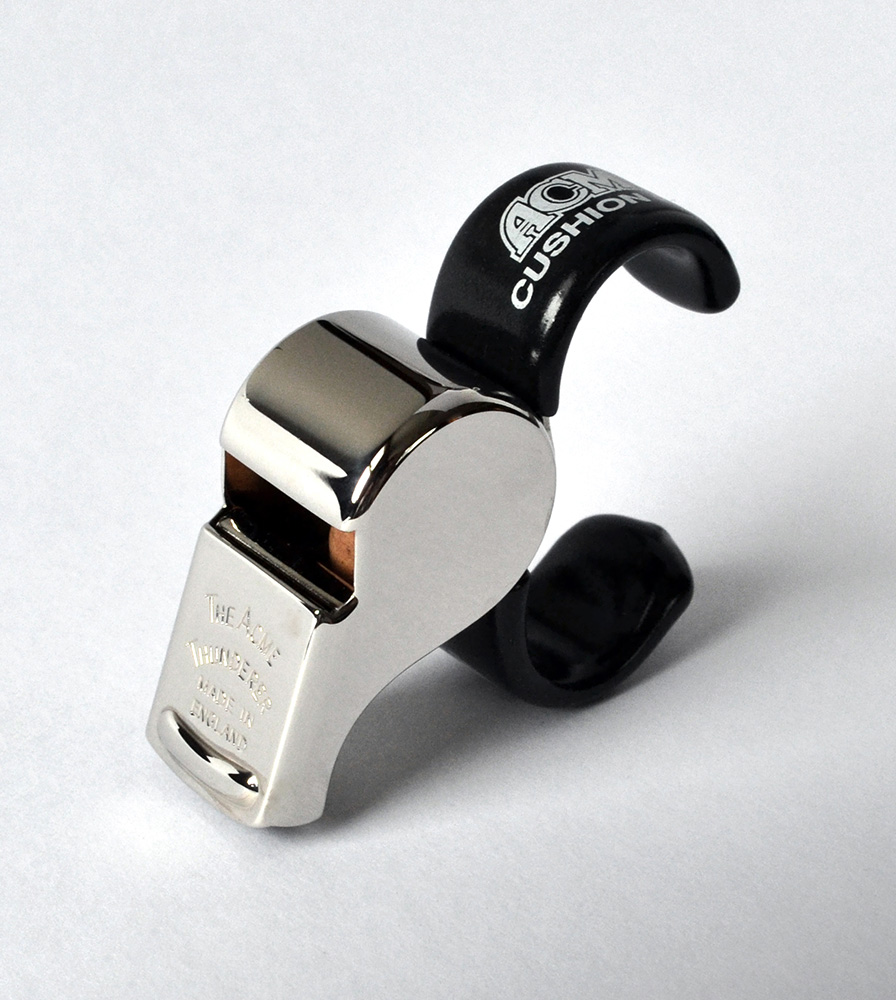 Acme Thunderer with Finger Grip (58)
Large whistle with adjustable finger grip and tapered mouthpiece, low pitch. Good for many coaches, especially for swim coaches. Has been used by asthmatics.